Simple ODK forms on a tablet with one-month battery autonomy?

Am happy to let you know that we have created a nice little image file to
convert a nook e-reader into an Android tablet and are sharing it with
whoever would like to use it. We have a simple web-based data collection
tool called Wepi and were very happy (and thankful to the ODK team) to have
incorporated the mobile data collection aspect into it. You can use the
device with any aggregate not just Wepi.

You can find the conversion instructions (and .img file) at www.wepi.org

If you don't need GPS, photos, or sound in your forms and the following
points are important for you, check it out : )

Just wanted to say this is what I've done as well except with the
non-Glowlight nook. It's cool that you have compiled it into one image and
made available for people. I followed the instructions here: 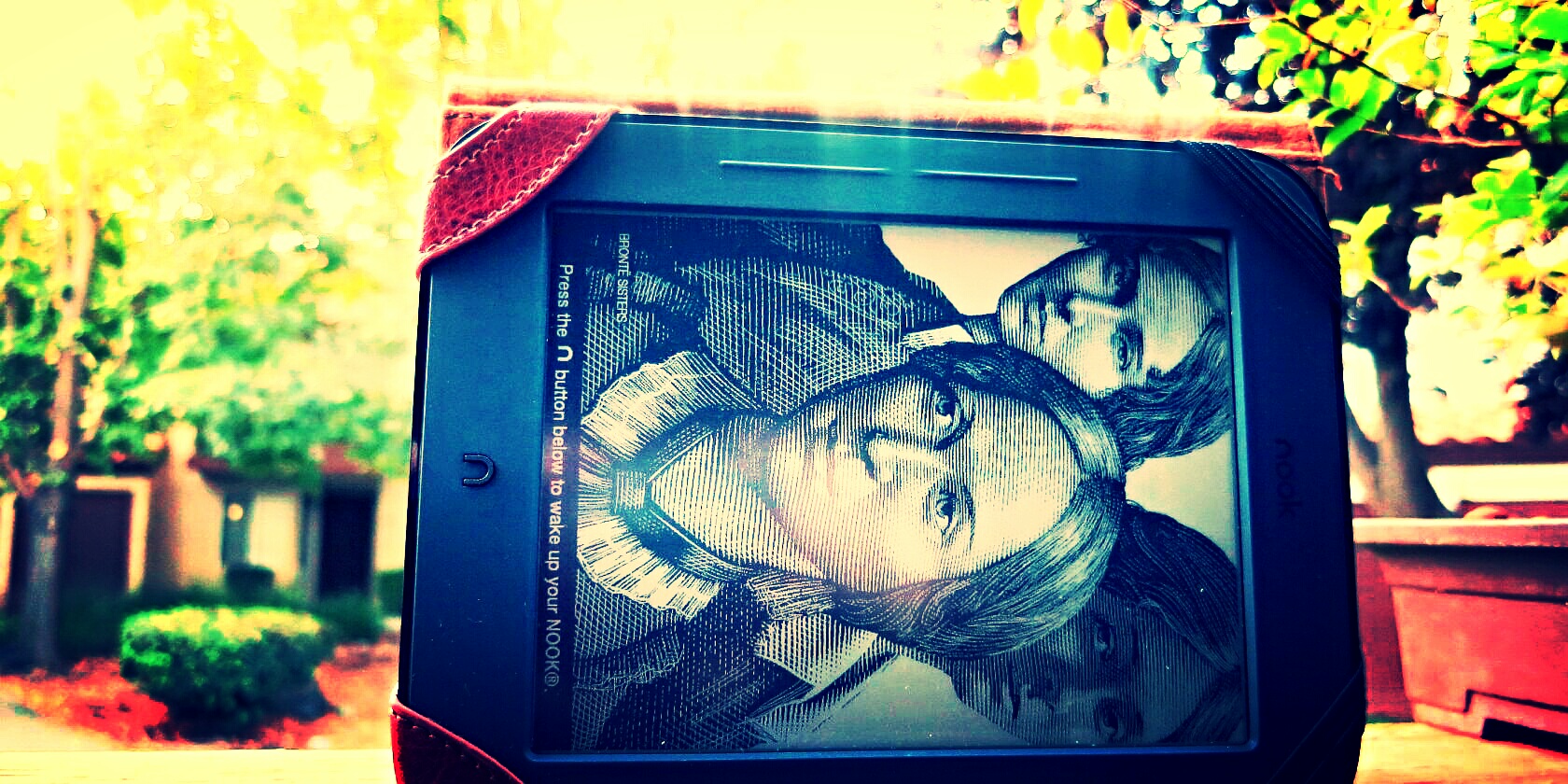 A hack can turn a rooted Nook into a full-fledged, game-playing tablet.

I have got three rooted Nooks running ODK at the moment, only done limited
'field testing' with them so far. I will be handing them over to other
researchers or volunteers to use for the most part.

As long as the wifi is off, battery life seems really good. I did a rough
test of continually inputting responses for 30 minutes - this dropped the
battery life from 100% to 97%. If I recall about 25 were completed in this
time (a relatively short questionnaire) but lets round to 30 for
simplicity. So you can get about 10 minutes/10 responses per 1% of battery
life - theoretically 1000 responses or about 16 hours? I have found the
Nook goes into 'warning, charge me up mode' at around 15% so I would
estimate about 14 hours of continual, non-stop inputting? If you used it
half an hour a day it would last a month as you suggest.

It's still very impressive! Even if you do need more power, very cheap
external USB batteries are available that would extend this lifespan many
many times! The nook internal battery is about 1500mah - I picked up a
(supposedly) 10,000mah battery for around £20. You could probably add a
solar panel or something too if you really wanted!

Sorry to ramble, it's exciting to hear other people doing the same thing!

Hi Richard,
Sorry to get back to you so late. I was giving an ODK training all last
week. Was using the nook to show form changes quickly because it can be
connected as a external USB device in normal mode not MTP. I like your
ideas about testing the autonomy. I am actually doing a little test now. Do
you have any of these converted nooks in the field. I would be very
interested to know how that works out in reality. No GPS is kind of a
bummer, but compared to a regular tablet, the Sun factor, battery life, and
reggedness eally put the others to shame. Talk more later.
Curtis

Richard,
I finished my test. 30 minutes of entering responses into forms (a medium
length form) with WiFi off, dropped the battery from 92% to 85%. Of course,
some people enter a form, put the nook in their pocket, walk 10 minutes
then interview another household, but that sort of near-zero "in-between"
time consumption one cannot say. An engineering friend of mine told me that
the device consumes as much energy as a regular tablette when it is
updating the screen. Of course, the screen only updates when you tap on it.
It can sit inside a handbag and consume near to zero energy while in sleep
mode or just not being touched . I am going to do another test when the
battery is down to about 20% since I don't think that the discharge is
completely linear. But I like your 30 minute testing method. After the 30
minutes, I durned on Wifi, and sent 5 of the 9 forms that I had filled in.
It was still at 85% when I checked the battery afterwards.
Curtis

In the next few weeks I should have some feedback from my first
users/clients, they have one unit with them at the moment for experimenting
and getting familiar with. They will be used in some indoors and some
outdoors environments, for only 4 or so hours at a time. Responses will
probably be 'dumped' when they get back to base at the end of each day.

Your engineer friend makes a good observation, but aside from the very low
standby consumption, I think it is the low-powered nature of the processor
and so on that also helps. I haven't yet tried disabling all the background
operations or even underclocking the processor. this link
http://forum.xda-developers.com/showthread.php?t=1933615 . I think you
are right about the non-linear nature of the battery, the last 20% or so
will drop off faster than you would think.

I have added a USB keyboard to one, this link
http://forum.xda-developers.com/wiki/BN_Nook_Simple_Touch/USB_host_mode#Utility_software

The USB function could possibly be used to add a 3G/4G dongle - for
occasional uploads while in the field? It is probably more sensible just to
use a phone to set up a wifi hotspot to do this. Or I suppose you could use
USB to backup data locally, again, probably easier to just take out the
microsd card.

The internal battery (I think about 1500mah) seems relatively easy to
change out for a higher capacity one or when it stops holding a charge. A
bit more elegant than adding external batteries. A 3000mah one I have seen
for about £30, almost as much as the device, but would probably double all
the times we are talking about.

You do hear problems with the touchscreen unfortunately. If it is not
something easily fixable like grease or dirt blocking off the sensor, then
the unit loses a lot of it's functionality! I do not really know much about
touchscreens, although it is some kind of basic infrared grid not a
capacitive one like a higher spec device. Maybe that makes it easier to
break the touchscreen?

Have you seen devices like Onyx Boox? This is e-ink and runs Android
natively, more recent version than the Nook can handle. There is even one
model with quite a large 10" screen. It is a bit more expensive (maybe
£10-20 for the 6" one) but looks like a good product. Also another e-reader
to root android with appears to be the Sony PRS T2.

Finally I tried to estimate the environmental impact of it, based on the
various statistics being thrown around (some very high, some low) about
paper books vs e-books. I estimated that once you had filled in about
10,000 questionnaires you would have saved enough paper to offset the
energy used in the creation of the device. Also when doing paper forms, the
tendency is to print way more than you actually need. You could also use it
to store big manuals, textbooks and things too, that would very quickly
save a lot of paper.

I am rambling on but I am really keen on this system and glad to hear
others are doing the same!

Thanks for the update. Will be interested to hear more. I don't understand
about the touch screen. It broke or it didn't react correctly?

If you have the funds for an iPad burning a hole in your pocket and want to get an ebook reader then I have a deal for you. Arta TechContinue reading

I found it strange that the Books e-readers don't just say, "Hey, we are an
android tablet." Instead, one has to hack it to get it to be a regular
tablet. Seems like a missed opportunity to me.

Seems like you are much more at ease with hacking than I am. That is why I
tried to make the image as simple as possible to install on the ST
Glowlight. Even then, it is not simple enough for say one's grandmother.

I think its so hard to find an android eink tablet because Kindle/Nook
probably sell them at a loss in order to get people buying books through
their stores. The Nook was being sold new for about £25 at some places here
in the UK, definately a loss leader. The secondhand/refurbished ones I've
bought since have been more like £30-40. That's why the Boox device is more
expensive, because they aren't locking you into their own ebook shop
afterwards.