I think the current issues structure is a remnant of the move from
Google Code and it makes it unnecessarily complicated for people who
just care about Collect to track what needs fixing and update issues
when they are fixed.

Per the (brand-new!) governance guidelines at
https://github.com/opendatakit/governance/blob/master/GOVERNANCE.md#decision-making-process,
what does everyone think? Should we move the issues?

I believe this loosely relates to the question I asked recently about pull
requests:
https://groups.google.com/d/topic/opendatakit-developers/6i6i1PShYJs/discussion.

TL;DR - Yes, splitting the issues out probably will make issue management
simpler and more intuitive for those not already familiar with the existing
scheme.

I agree with this change.

As a semi-regular peruser of github projects, I would never think to browse
a separate repo for issues relating to a particular app.

I've seen projects with new issues that are pre-populated with text, which
I've seen to suggest issue structure (summary, steps to reproduce, expected
behavior, etc). One could imagine a note about contributing to a different
URL or to the contributing guidelines. This still wouldn't be especially
natural in my opinion, however.

For changes that do matter across components, a components project sibling
to collect and friends could have an issue tracker that supports
discussion. "Consider migration to component-foo 1.3" or something could be
opened on the Collect Issue tracker with a link back to the general
discussion, so users of only a single app would still be aware of the
discussion.

In general, though, I wholeheartedly agree with Brent. If commits across
repos have to be highly coordinated, things are likely too brittle. If
necessary, however, and if the continuous integration idea
https://groups.google.com/forum/#!topic/opendatakit-developers/raj3OVlc9aA
becomes a reality, it might be possible to point at particular versions of
an artifact and reduce the need for coordinated releases.

However, for issues that span multiple components, what would be the plan?
Have related issues, one in each appropriate repo?

In our JIRA system, we had a bunch of different projects and then we
recently merged down to a single project with component tags for the
individual components. That was a lot easier when it came to dashboards,
assignments, releases, etc. (Though, in our case, releases are always
coordinated across all components. Since ODK often releases components
separately, the single-project, shared-releases approach maybe makes less
sense.)

I'm strongly for issues in their repo. I understand the value of what
Christopher is proposing. I think especially with Collect their will be
groups interested in just contributing to that. Having to parse through
issues for say aggregate would add a lot of complexity if you are not well
versed in both. Github issues are by nature simple which I think works
well for a project like this vis-a-vis jira which is more powerful but
complex.

Im in favor of the issues on the individual repos. My understanding of github design for issues is that they are directly related to the code base of the repo and its branches... I think it also makes more sense for all the other ODK products (aggregate, briefcase etc.) as they are developed separately and should have seperate feature/issues tracking... I think all are in consensus.

Do you think it would be worth doing a initial walk through of the issues to consolidate and set priorities to start working on them. Im ready :)..

Who would like to take the lead on making this happen?

Sorry for the delay, folks. There's a lot going on!

As far as who moves the issues, I think it was a mistake on my part to
open that up to volunteers. The 'you have to earn commit privileges'
is a core principle of the meritocracy we are trying to build, and we
should only bypass that privilege when we have no other choice. Since
I suggested the move, I've gone ahead and started to move the issues.
I expect that work will be done in a few hours.

I do think it'd be very useful for us to triage the issues, Jon. How
about we start with the lowest ID defects and try to reproduce them?
If we can, great. If not, those get closed and we go from there.
Anyone besides Jon interested in helping to triage the issues tagged
as defects?

It sounds very reasonable to me. Cross-referencing issues from other repos works well, so I don't think any functionality is lost in doing that.

There seems to be a few scripts kicking around for migrating issues between repos that could be used. I'm willing to give it a shot, if you don't mind giving me permissions on the repos to do that.

My question about the governance is whether it's currently known who the various position holders are, or would most likely be? Perhaps it would be worth considering posting this info in the governance repo? Possibly also whether or not the members of the PMC and committers groups are being sponsored or supported by some institution or business for their time to do that role, or if it's in their own time, so as to credit that donation to the future of the project.

Github just added quite a few new features, including basic project
management (kind of like Trello, Zenhub, or Jira boards, though very
basic). They haven't yet solved the problem that issues and "projects" are
tied to a single repository. So the current solution (Collect issues living
in the Collect repo) seems to make sense. But it might be interesting to
use their "cards" implementation of issues to organize them.

You can read more about the new features here: 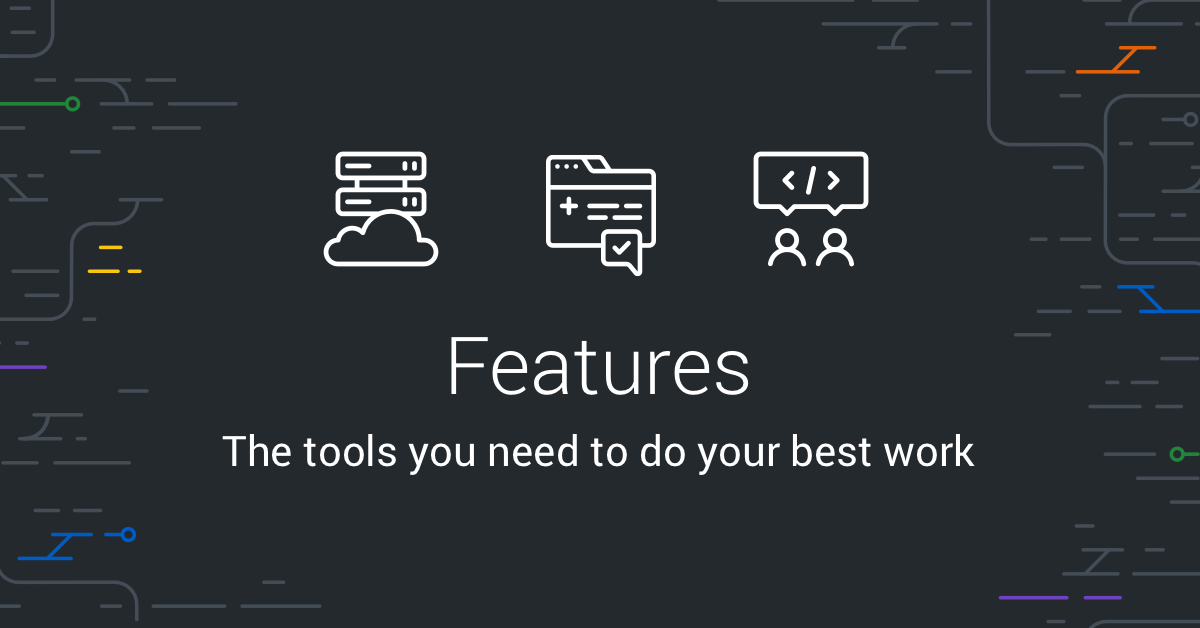 GitHub features: the right tools for the job

With collaborative code review, project management, documentation support, and hosting in one place, GitHub has everything you need to build and scale your team’s workflow.

I am willing to help try and reproduce defects myself. How do I ensure I'm
not duplicating effort by working on the same issue? Can I assign them to
myself if I'm not an org or project member?

I don't think Github lets you assign to non-project members.

I'd optimize for lightweight for now. Comment on the issue you are
working on, and go from there.

And to make things a little easier. I've used a help-wanted tag
(https://github.com/opendatakit/collect/labels/help%20wanted) on the
issues that I think would be good to start from. When you start
working on one, leave a comment, so we know someone is working on
them!

Thank you. The tags helped to make the issues of interest easier to
identify.

Anyone interested in helping still should be careful since it may not be
obvious when not to consider them, since non-members can not update the
status or tags. More specifically, anyone considering these should take
note of comments after when the 'help-wanted' tag was added for its status.
For example, I just confirmed and submitted a pull request for #197
https://github.com/opendatakit/collect/issues/197, but it will still be
labeled 'help-wanted' until someone does something with it.