Thanks for the reply. Yes, the problem also occurs on my Nexus 5 so it
seems unlikely it's related to a phone-specific issue. I used mp3s decoded
at 32 rather than 160 and the problems in the field yesterday seem to have
been fewer but definitely still recurring. I will try to get a version
with .wavs ready before we start today. Thanks for the suggestion.

Were you able to get this issue resolved?

No resolution. We have all 250 now programmed and in the field and are
working through a number of issues, and the crash is actually lower on
the list for now (people resetting time settings, deleting ODK, etc!).
The lower-size mp3s seem to have helped to lower but not eliminate the
crash (about 25% crash, when one clicks through all the sound files). I
quickly tried to get a wav version up and running but then I hit a
different error when uploading to Aggregate - something about a maximum
file size reached (all the media files together were about 10MB). It's
been on my to do list to try to create lower-res wavs and try again. We
will test it pretty extensively before we switch versions, since getting
them onto the 250 in the field will not be easy and something we only
want to do once if we need to.

Thanks for following up -

If you are using MySQL, see the configuration notes for ODK Aggregate at: 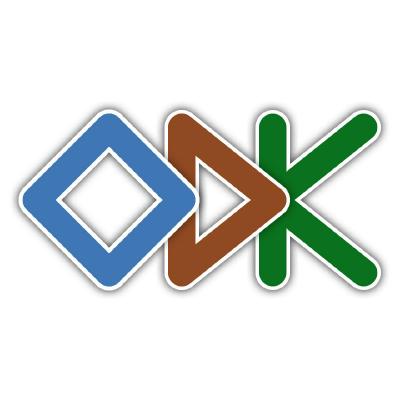 You might need to adjust your max allowed packet size.

Thanks for the reply. I am pretty sure I am not using MySQL; I set up
Aggregate using the instructions at
https://opendatakit.org/use/aggregate/ for "Installing on App Engine".
I currently have v 1.4.9. Is there a way to increase max allowed packet
size if I am hosting this on Google App engine?

You are not using MySQL.

Note that there are 2 issues in this thread -- the original one, and the
one concerning uploading of the data to ODK Aggregate.

By default, the Google App Engine installation uses a small server. If you
are capturing large media attachments, you need to increase this to allow
the larger attachments to reside in memory during the processing of the
submission. To increase this, first upgrade to the latest ODK Aggregate
version (e.g., 1.4.12)
https://opendatakit.org/downloads/download-category/aggregate/ See
https://github.com/opendatakit/opendatakit/wiki/Aggregate-Release-Notes for
upgrade instructions.

Then see https://opendatakit.org/use/aggregate/#Changing_Server_Size for
how to change the size of the Google App Engine server.

Thanks for the follow up. Just to clarify, the upload issue was for me
in uploading the media files associated with the form (the spoken mp3 of
text for illiterate respondents). The submissions of data from users
have no media files at all and are just text. The largest media file I
am trying to upload as part of the form is 1.9MB. I am risk averse
about trying to upgrade the Aggregate version while the data is coming
in, but would be willing to give it a try if you thought it might have a
reasonable chance of solving the ODK crashing problem.

Were you using the FormUploader to upload form definitions to ODK Aggregate?

I am confused as to what was failing when uploading and what errors you
saw. Screen shots would be useful.