Tamil and other fonts in ODK Collect

It's been consolidated and the newest code has been incorporated into
formhub. We are working to get out some official docs. For now, here are
some reference examples you can follow.

See the message below.

Dear formhub users,
This is just to notify you that formhub's xlsform engine was upgraded at
the end of last week. The library, which is currently named pyxform and
pending rename to xlsform, currently lives at 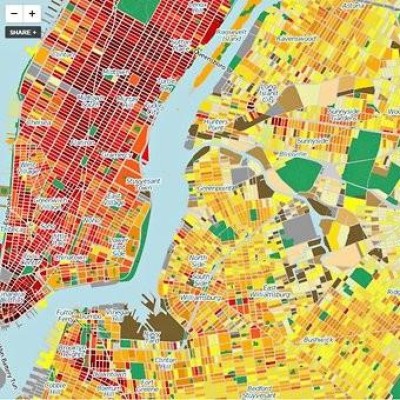 A Python package to create XForms for ODK Collect. - SEL-Columbia/pyxform

This will be included on the "Settings" sheet.

Here's the site I've been working on for rendering internationalized
text:
http://bit.ly/wKHwje
I'm working on making it possible to upload a spreadsheet and get back
a zipped directory with an image for every row. For now it can only
generate one image at a time.
Regards,
-Nathan

Thanks for the reply.

As I mentioned earlier, our Tamil text is showing great (in ODK) on our
Samsung Galaxy Y's. The Android bug discussion likewise mentions some LG
and other models that support Hindi out of the box. The question is whether
these manufacturers are doing anything more than simply dropping the fonts
into the fonts folder. If they are simply bundling the fonts, then I
thought that we might do the same in the app itself. There seems to be a
fair bit of skepticism whether that would work, however. If I manage to
give it a try, then I'll report back with the results. (I don't, as yet,
know how to bundle with ODK, but I should be able to figure that out.)

I know people have tried to add fonts like Hindi on the system level, but
I think Android lacks the proper rendering support for several scripting
languages. That is, it can display the fonts, but given a glyph that can
have 3 or so different placements to mean different things, it always puts
them in the first spot. I don't know of anyone who has tried adding
Devangari to ODK, but I have used applications that reportedly support
Hindi only to have boxes show up on my phone instead.

If you look at the Android release notes, they purportedly started
supporting Hindi around Android 2.2 or 2.3. I'm not sure what their
definition of "support" is, but I've never seen Hindi work on a
non-customized build, and there are only a few phones I've heard of with
proprietary builds that support it.

Sorry, but a related question: has anybody tried embedding a font with a
custom-built ODK Collect? Since individual Android apps are supposed to be
able to embed their own Unicode fonts, this seems like it could be one
potential solution.

Thanks again to all for the ideas and assistance,

We're piloting ODK for a series of surveys in rural Tamil Nadu, in
Southern India. Our surveyors don't know English and most of them would not
understand any transliterated version of Tamil, so it's important that our
surveys use the Tamil script. So far, our options seem to be:

My impression is that ODK implementers typically punt on this issue,
either using English or some transliterated version of the local language,
in order to avoid needing support for different fonts. If any of you have
had success with other Unicode fonts, would you share your experiences? Did
you go with devices that happened to have those fonts pre-installed, or did
you go the rooting route? Any advice would be greatly appreciated.

Thank you very much,

P.S. The issue goes beyond whether a font is or isn't present. For
example, Spice's budget tablet supports Tamil text, but shows it in an
archaic, formal script that many cannot understand.

Dear Nathan,
As 5 years have passed since you wrote this post, maybe I'm a bit too late. But have you managed to create that tool that creates an image for each row of an excel file? I have Bangla script which my Android device (version 5.0.1) cannot recognize in text, so it seems that the only solution is to upload an image for every question and answer option in Bangla.
Of course, I would be enormously grateful for support in this or from anyone else who has tips on how to solve this issue of getting Bangla script to appear in ODK Collect.
Thank you!
Christina

Hosting your own is certainly feasible We have very similar requirements -
surveys with a long term field deployment life so we are equally afraid of
that.
We really want to avoid the situation of having out of date forms so that's
why we're making these changes now.

We don't see much benefit in embedding this code in xls2xform. It is
easier to have a seperate server-side app that generates the media files
referred to by the xls. That is what Nathan's code will turn into.
Android will eventually support all these alphabets and I don't want to
put in unnecessary effort when it will become superfluous.

ODK already downloads forms and corresponding media - we download
formname.xml and also look for a formname-media folder to download. I'm
not sure what new you are looking for here. We also have a form/media
uploader to upload files to aggregate. We'll be posting about this soon.
I think we have this part of the exercise in place already.

Hi Chris,
It might be an issue with the font you are using. I don't know how you
generated blob.png, but it may be that a different font was used in
the process. I put a few different Tamil fonts on the server (those
with lohit_ and TAMu_ prefixes) which render the dots over characters.
I hope this helps.
-Nathan

I don't think Nathan looks at this mailing list anymore, but I've sent
this message on to him. Maybe he can host the text to image tool he
built.

I know there are a lot of ODK users who speak Bangla, so perhaps they
can share how they get ODK to work with native (non-image) rendering.
I think you need a device that has that Bangla fonts baked in, but
it's been years since I looked at this...

Here's the sequence for generating the blob.png:

But yes, indeed, your other fonts render the dots properly, while TamilMN
does not (though TamilMN does, of course, in my OSX, in this email, in
Excel, and in the mysterious blob.png).

Nathan graciously looked into how best to get the server back and
running and an outline of that discussion is at
https://github.com/opendatakit/text_renderer/issues/1.

The bottom line is that while it's possible to get the server back, it
won't be very maintainable for the community going forward. For that
reason, I am not interested in putting cycles there. The code is at
https://github.com/opendatakit/text_renderer so if anyone is excited
about setting up and maintaining an older server, please fork the
code.

That said, I do think Bangla support is important and I do want to
find a way to make that easier for users. I've filed an issue at
https://github.com/opendatakit/collect/issues/1041 to get those
discussions started with some of the contributors who might have
insights into how to do this.

If this is an important feature for you, please comment on that issue
describing why it's important, what potential solutions you've tried,
and then attach a small sample form. If folks who have this issue help
in defining the problem, then I think we can probably find a
reasonable solution.

← previous page
Looking to save time? Try ODK Cloud, the official managed hosting service from the creators of ODK. Get started today.